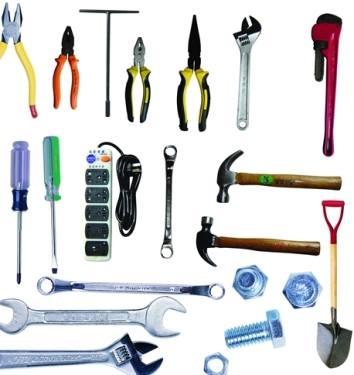 The hardware chain of the hardware industry can be divided into five stages according to the comprehensive factors such as its scale of development and influence.

1. First-rate companies - as a standard In an industry, if you want to become a leader, you usually have to have your own standards. This standard will become the industry's standard. Once it is recognized by the country, it is a true industry law.

In the field of hardware, quite a lot of industry standards are foreign, rather than domestic ownership. The following report exemplifies that Microsoft's operating system software currently accounts for 95% of the Chinese operating system market, and has formed a de facto monopoly; Eastman Kodak had previously occupied more than 50% of the Chinese film market. After the joint venture with Lucky, the leading position was further consolidated; Swedish ** company controlled the 95% sterile soft packaging market in China, and occupies an absolute monopoly position. , Bright, Sanyuan and other domestic dairy giants use ** aseptic filling production lines and corresponding packaging materials.

Happily, the recent foreign royalties of DVD of US$2 billion/year ended in 2007 because the country prepared its own domestic standards; in the past, DVD exports had to pay various royalties, resulting in some manufacturers in Guangdong having a profit of only one. 27 *** yuan.

Luo Baihui, secretary-general of the International Mould, Hardware and Plastics Industry Suppliers Association pointed out that under the era landscape of â€œspeeding up technological progress, globalization of economic and trade activities, technology and information property rights, and international game rulesâ€, the hardware industry is relatively at a low scientific and technological level and knowledge. Weak national and domestic enterprises with property rights are currently the key to the legislation of the national IP legislation. It is the key to establish the industryâ€™s leader in order to set the standards of the industry. The mission of individuals and companies should be from the height of national interests. At the level of the whole society, we use all kinds of resources and means to exhaust the limited space. Under the background of persisting in reform and opening up, realizing the balance of interests, and guaranteeing national treatment, we will protect the interests of our country and enterprises to the greatest extent, and jointly promote domestic and foreign related industries. The development of the company and continuous innovation have become benchmarks in the industry.

Behind the brand is the deep culture of the company. Once the company has the charm of culture, the reputation and degree of the brand will go up again. Culture is the connotation of a company and a brand.

3, the third-rate enterprises - to do the solution is like "Kung Fu outside the poem", the company's more powerful weapons are also outside the product. The true connotation lies in making enterprises more competitive rather than products, so that customers are more satisfied with the company, not just limited to the product. It is a customized customer solution for the company. Buying a product is not as good as buying a service. Buying a service is not as good as buying a solution. The hardware industry's marketing needs new breakthroughs.

Enterprises have absolute monopoly power over products that differ from other products. Such monopoly rights create barriers for other companies to enter the market or industry and create competitive advantages. At the same time, enterprises form factors in the product entity or in the process of providing products, resulting in particularity that is distinct from other similar products to attract buyers, thus leading to consumer preferences and loyalty. In this way, product differentiation not only forces external entrants to spend huge sums of money to conquer the loyalty of existing customers and creates some obstacles, but also differentiates the company from other companies in the same market, based on product differentiation. Compete for the favorable position of market competition. Therefore, product differentiation is of great significance to the marketing activities of companies.

5. Wuliu Enterprises - The era of competition based on homogeneity and price warfare based on the core values â€‹â€‹of products is in the past, because the world is no longer lacking High Quality products. Mobile phones, cars, and even airplanes, no Nokia, Ford, Boeing, the market will be quickly redistributed in the absence of consumers.

The standard market competition with Chinese characteristics is like this. Spelling and swiftly swiftly squeezing prices into the end. Everyone has no money to earn, and good-end products will die under the concerted efforts of everyone. Products and brands do not survive for a long time, and the ten ** is dead in the quagmire of homogeneity.